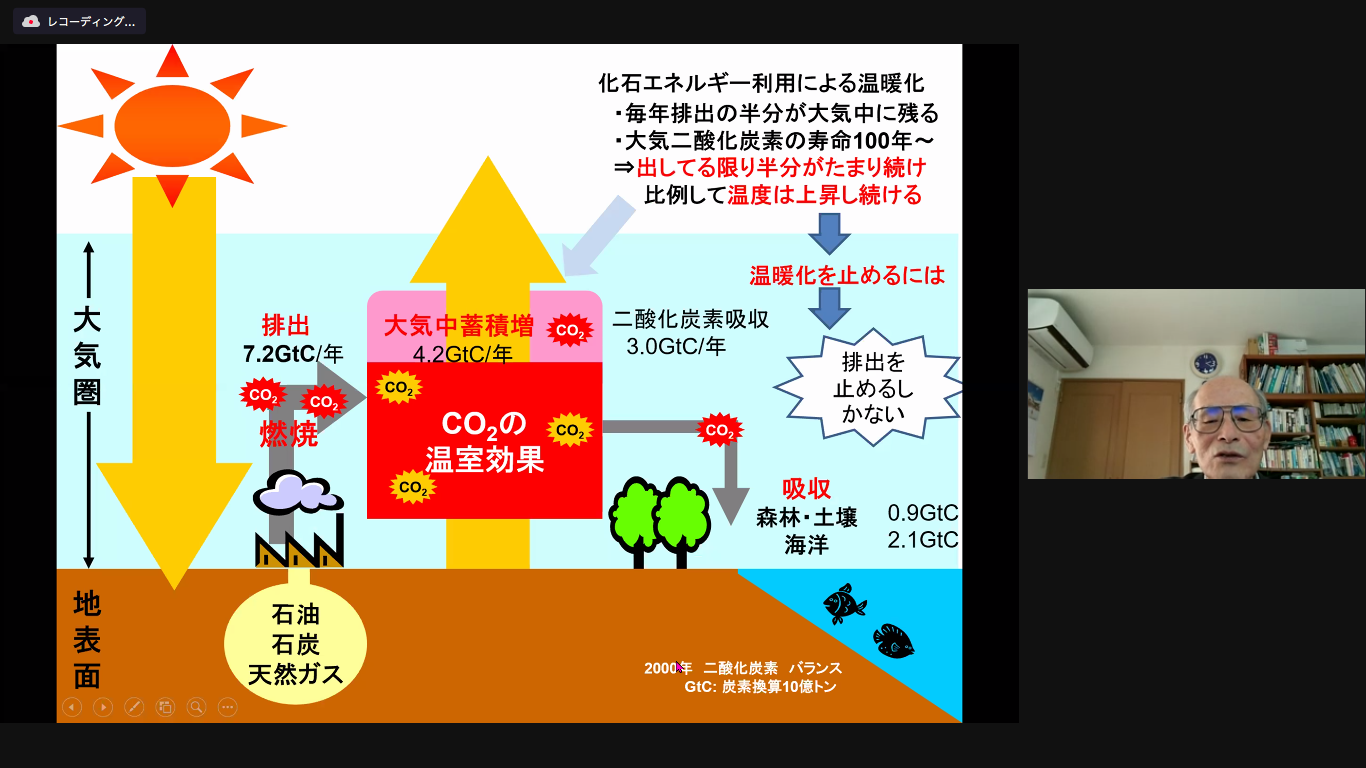 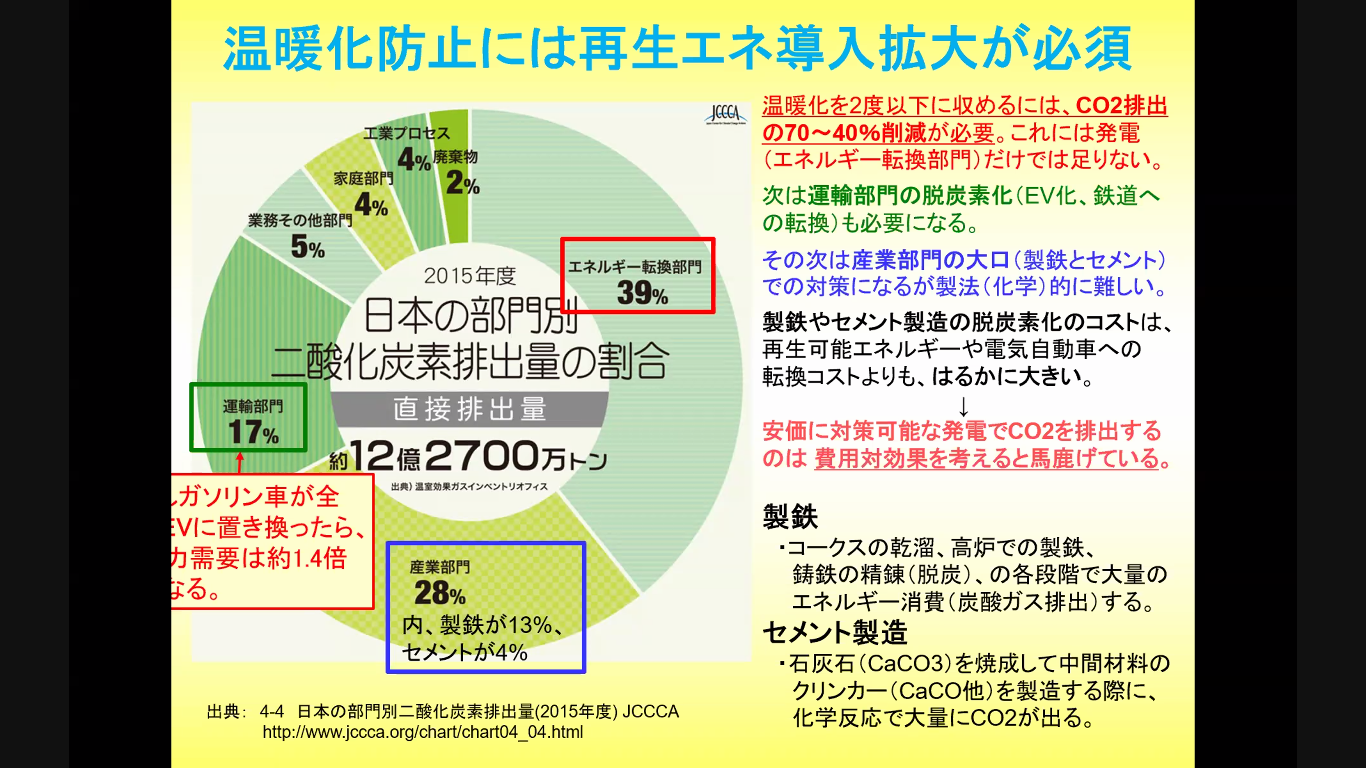 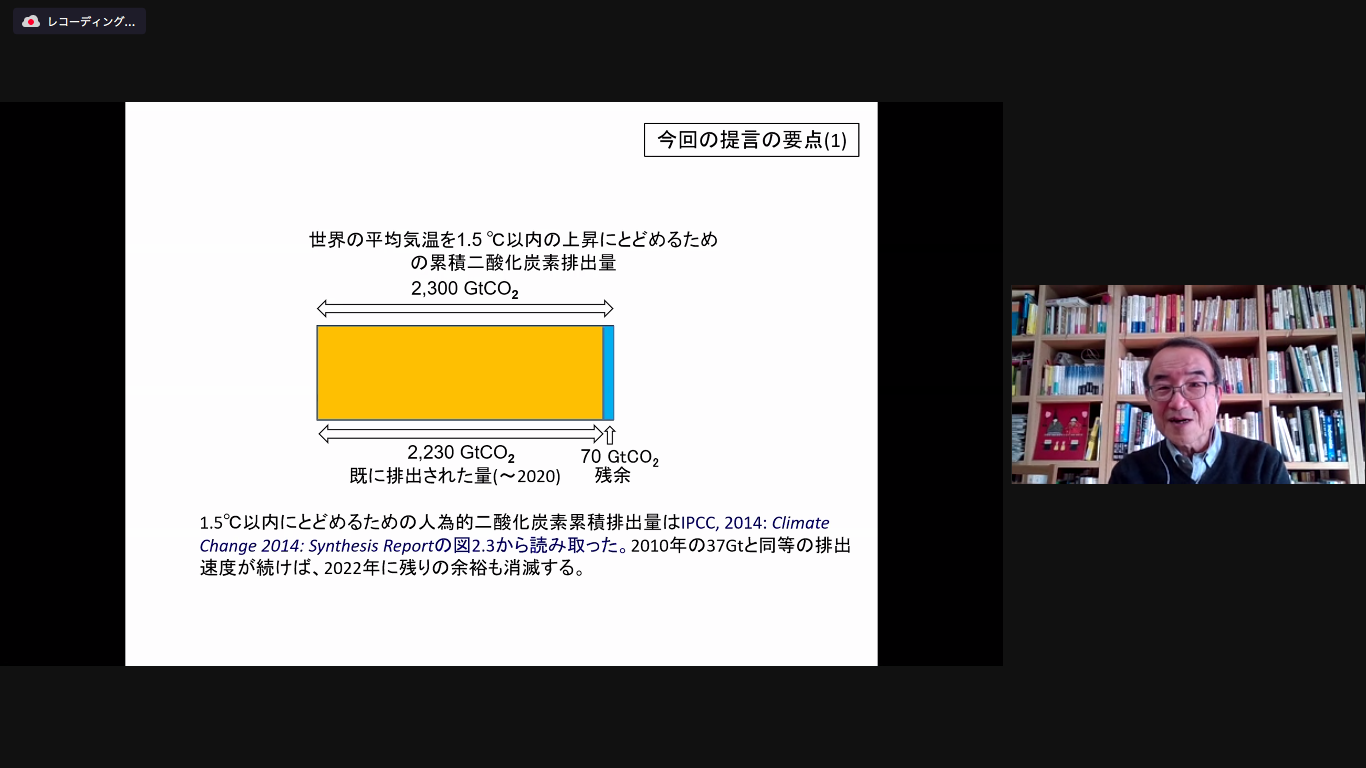 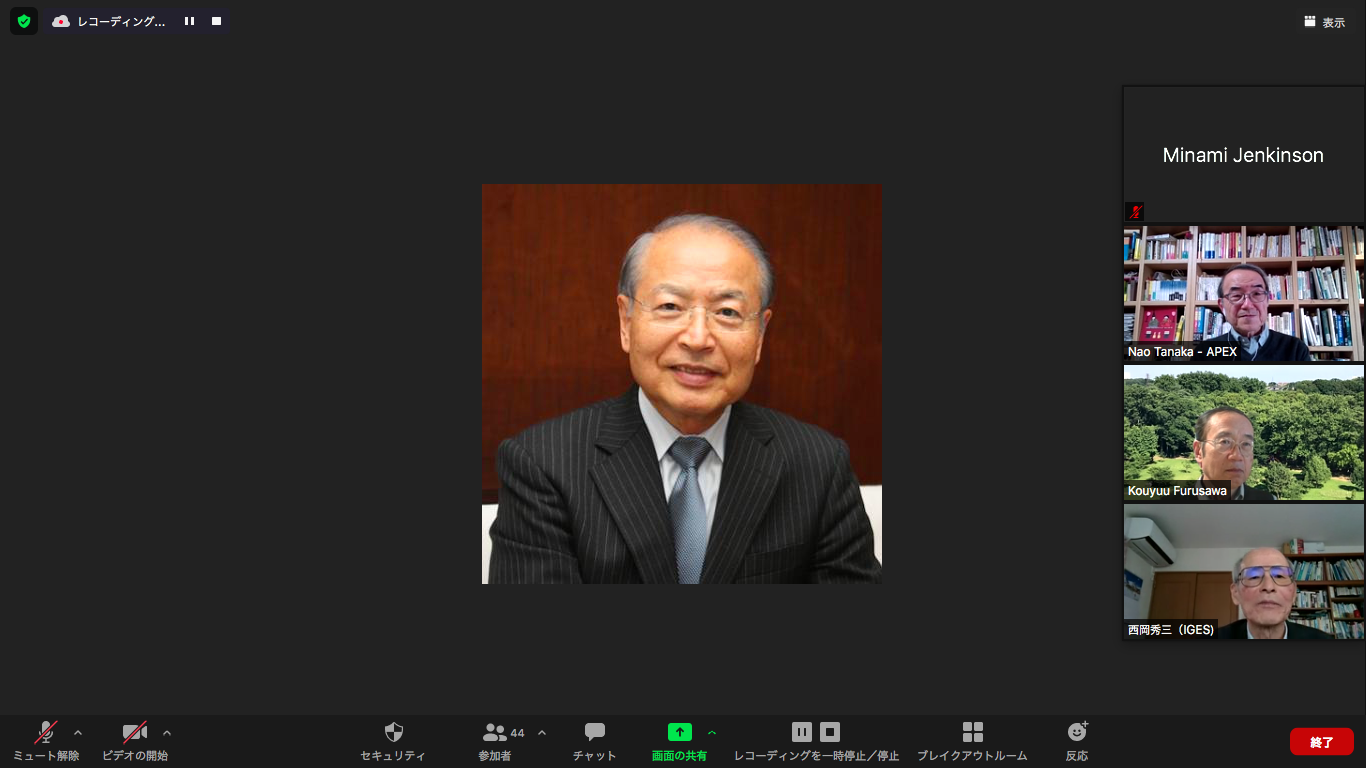 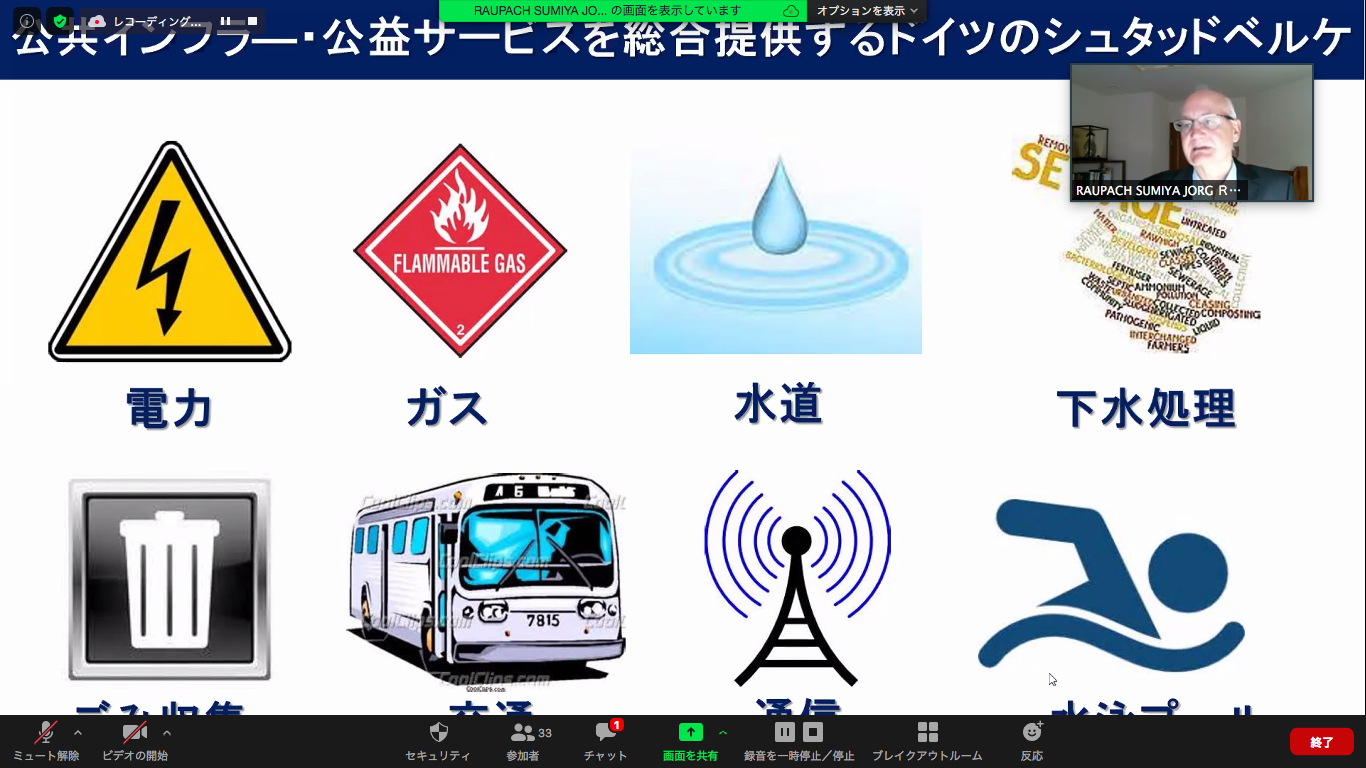 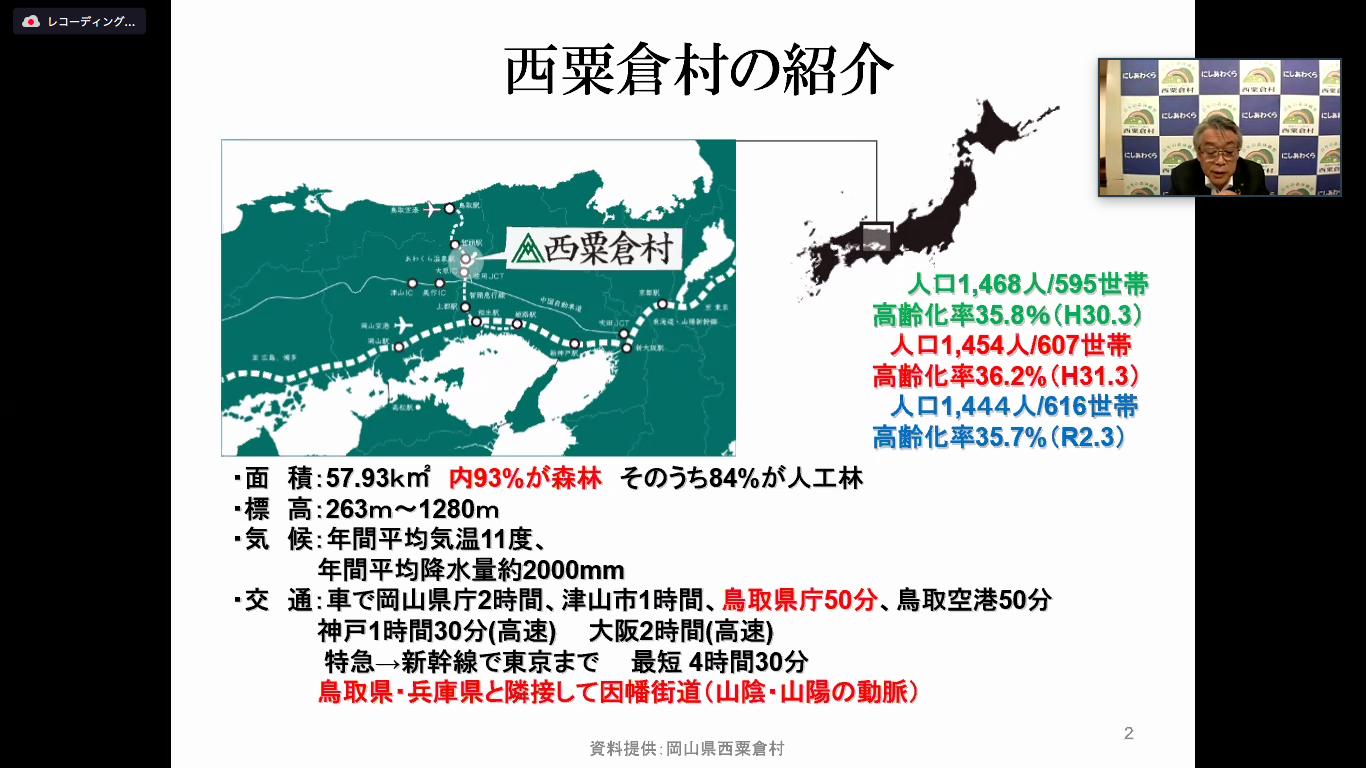 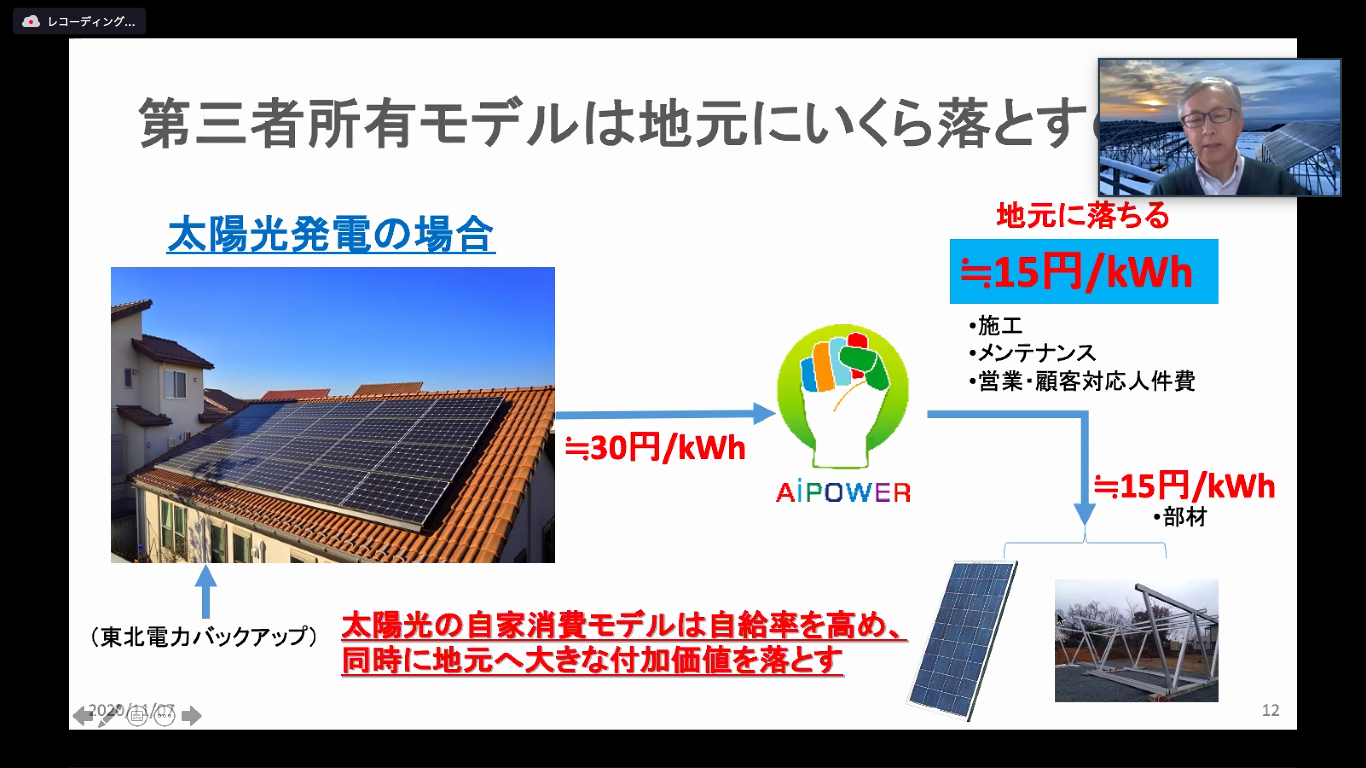 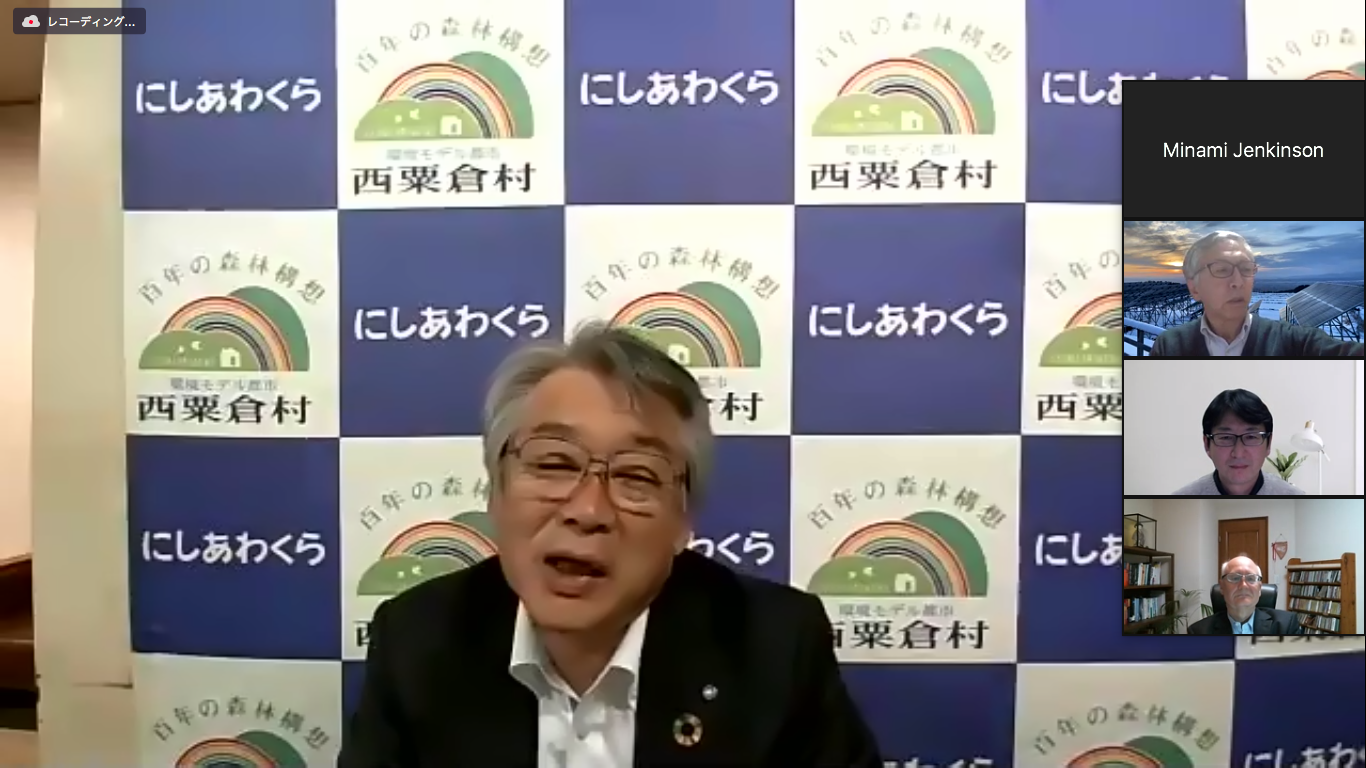 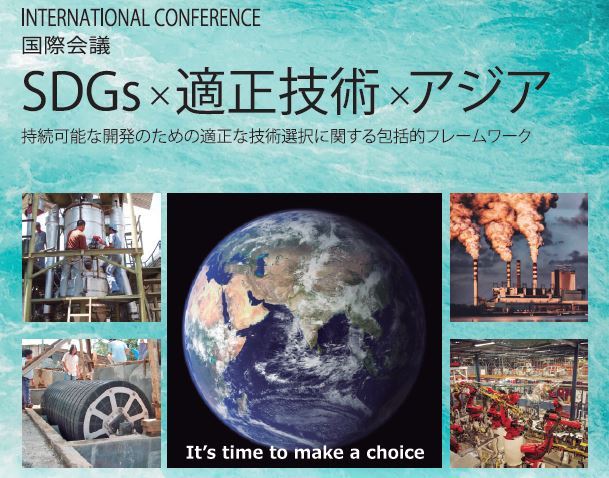 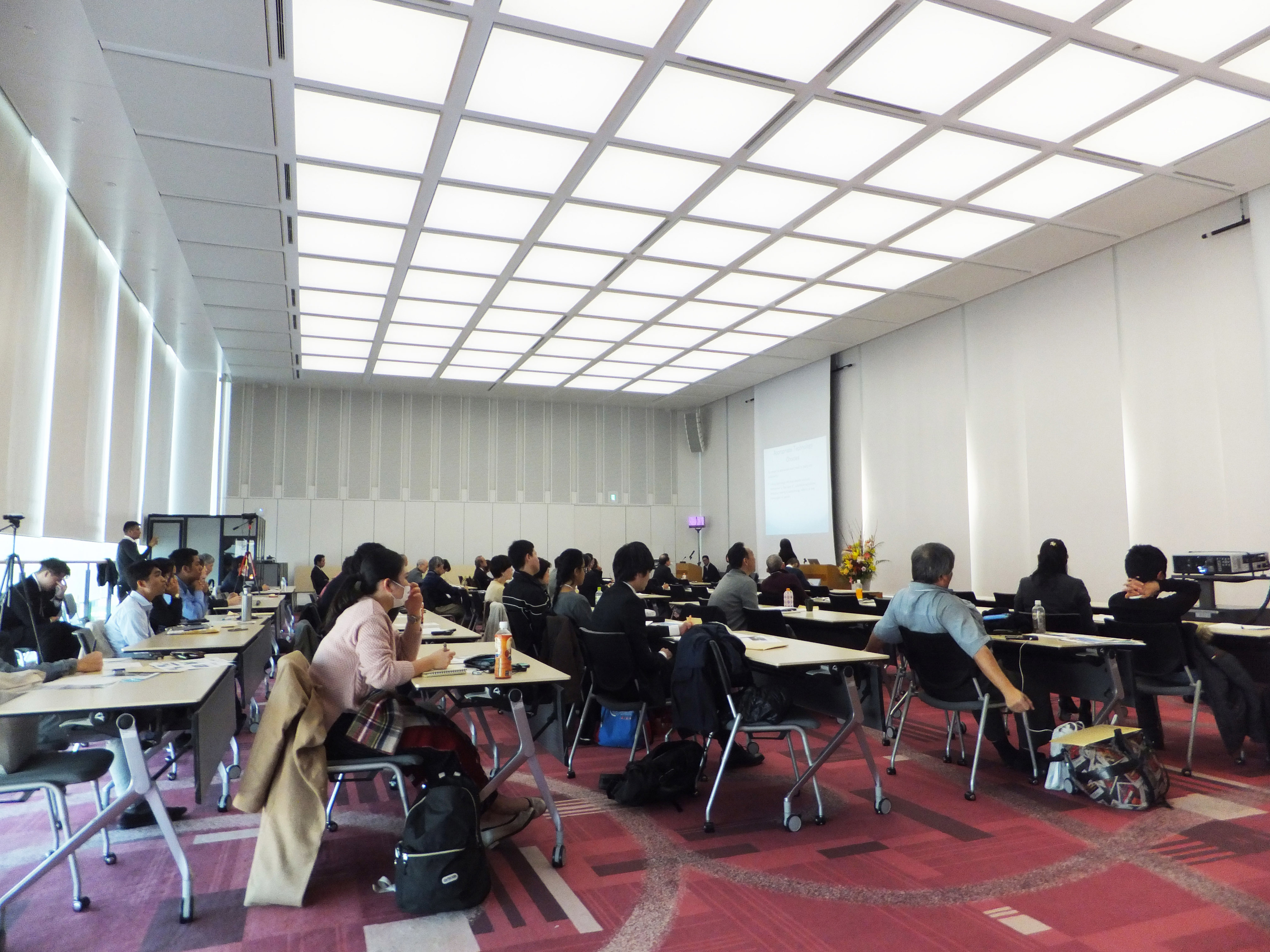 In this conference, organizations that are practicing appropriate technology shared their experiences, and in doing so, it aimed to discuss and get support on "A Comprehensive Framework on Appropriate Technology Choice for Sustainable Development"draft to start disseminating this framework.


- First Day-
To start the conference with, Nao Tanaka (Executive Director of APEX) gave a first speech on the draft of the comprehensive framework and why it is important. In the draft, he broke down world's issues into three categories: "poverty and disparity"; "environment and resource"; "dehumanization". Then he suggested a new way of how technology ought to be to solve those issues. He questioned today's technology on its sustainability, asserting that it is not being consistent with what SDGs trying to achieve, and then suggested that now is the time to change this. 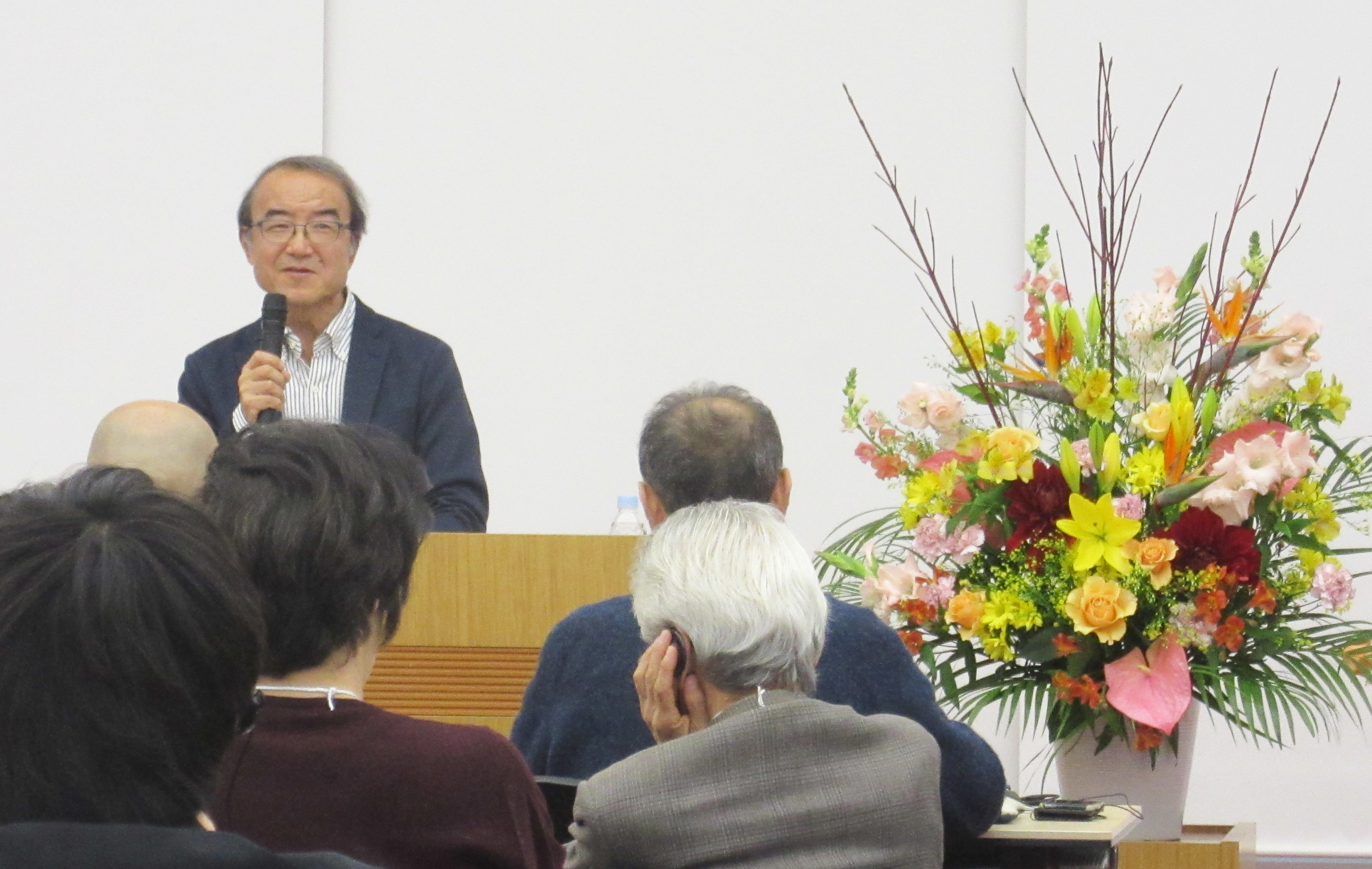 Second lecture was given by Mr. Anton Soejarwo (Director of Yayasan Dian Desa, which is a partner organization of APEX in Indonesia) on "Significance of Appropriate Technology - The Case of Water Supply". He started with talking about a story of him and E.F.Schumacher, who introduced the idea of "Intermediate Technology" that founded the "appropriate technology" idea, which he used to explain what is "appropriate" technology. In his statement, it is defined as technology that is considerate of various aspects including environmental/political/economical situation of the area, which takes a similar stand to the framework. He introduced a rainwater harvesting project his organization has been implementing in Bali as an example. 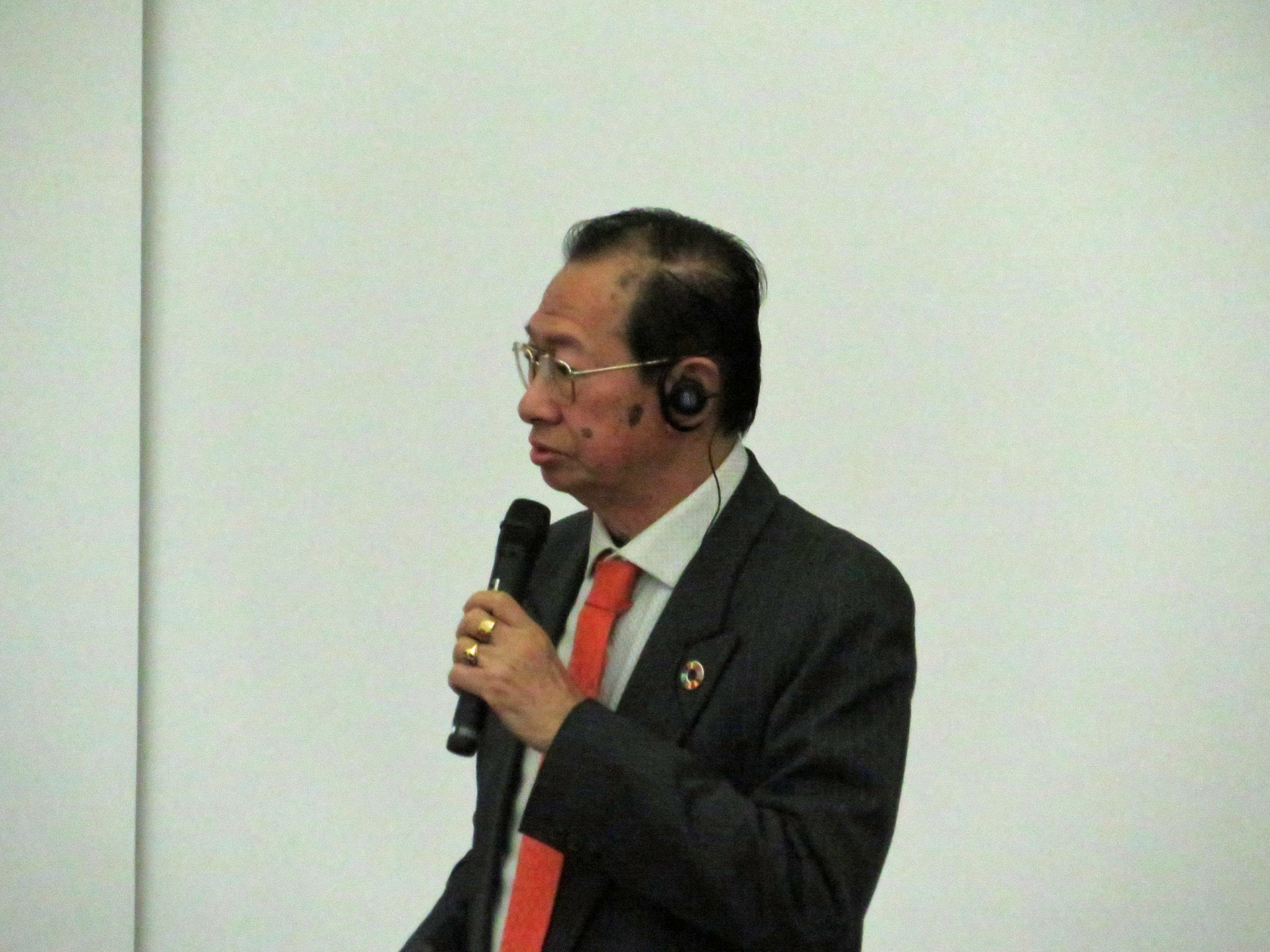 After a break, the last lecture of the day was given by Ms. Estrella Catarata, who is a director of Sibol ng Agham at Teknolohiya, a pioneer organization of community-based renewable energy system in Philippines. On a theme of "Appropriate Technology in the Philippine Context towards SDGs", she gave a lecture on renewable energy system the organization is implementing, and on a sustainable agriculture that can survive climate change. She also illustrated principles of appropriate technology that included a gender view, which the framework does not mention directly. 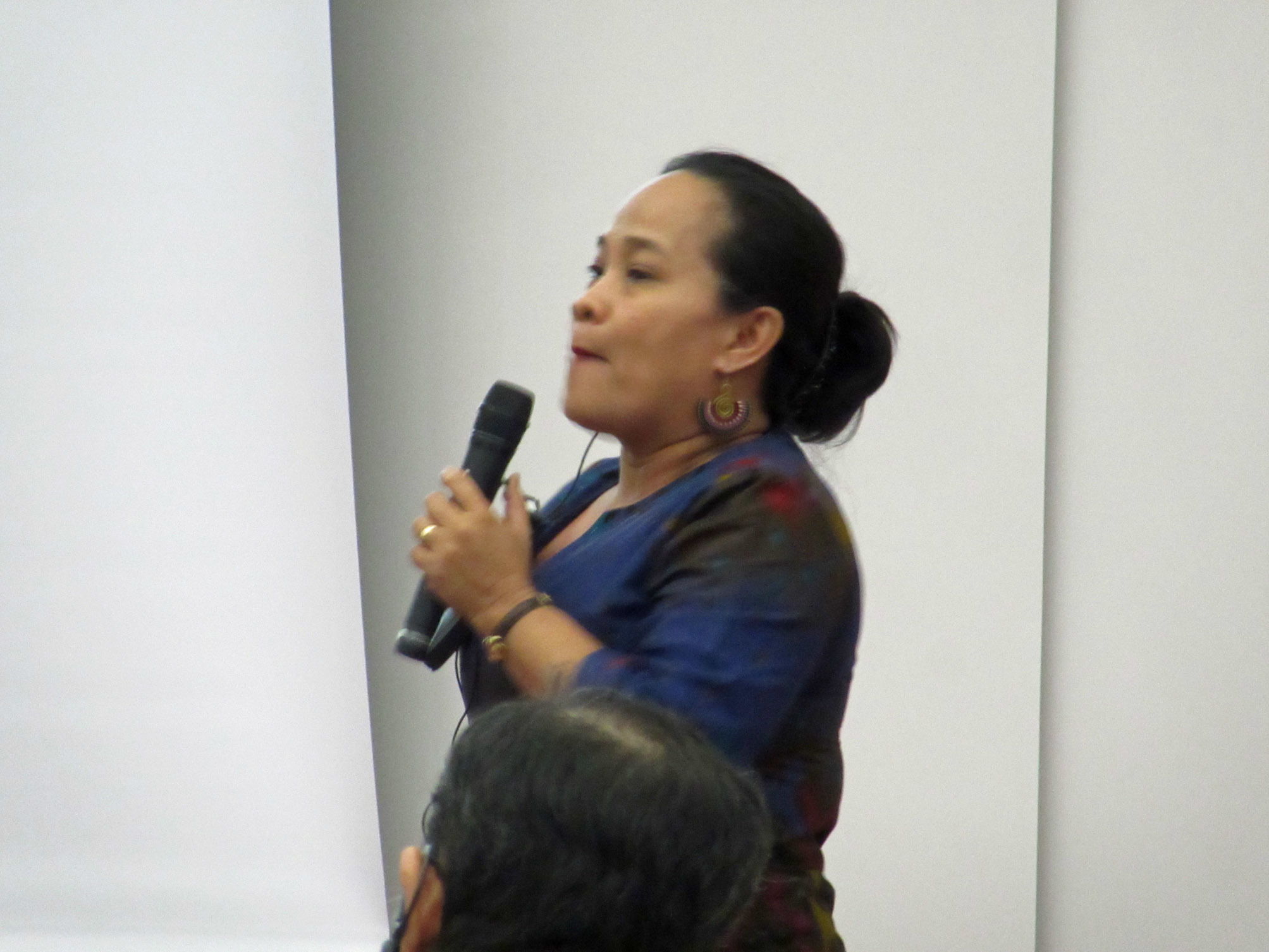 The first lecture of the second day was given by professor Hidetoshi Kitawaki (The head of Center for Sustainable Development Studies of Toyo University) who co-organised this conference. He gave a lecture on "Center for Sustainable Development Studies of Toyo University and SDGs". The center's activities are formed on the value that it is crucial to "practice" technologies in developing countries, not only to do researches on them, which value he demonstrated with example cases. Their system where young generations, such as graduate students, can actively take part in projects, indeed seemed crucial for the current world. 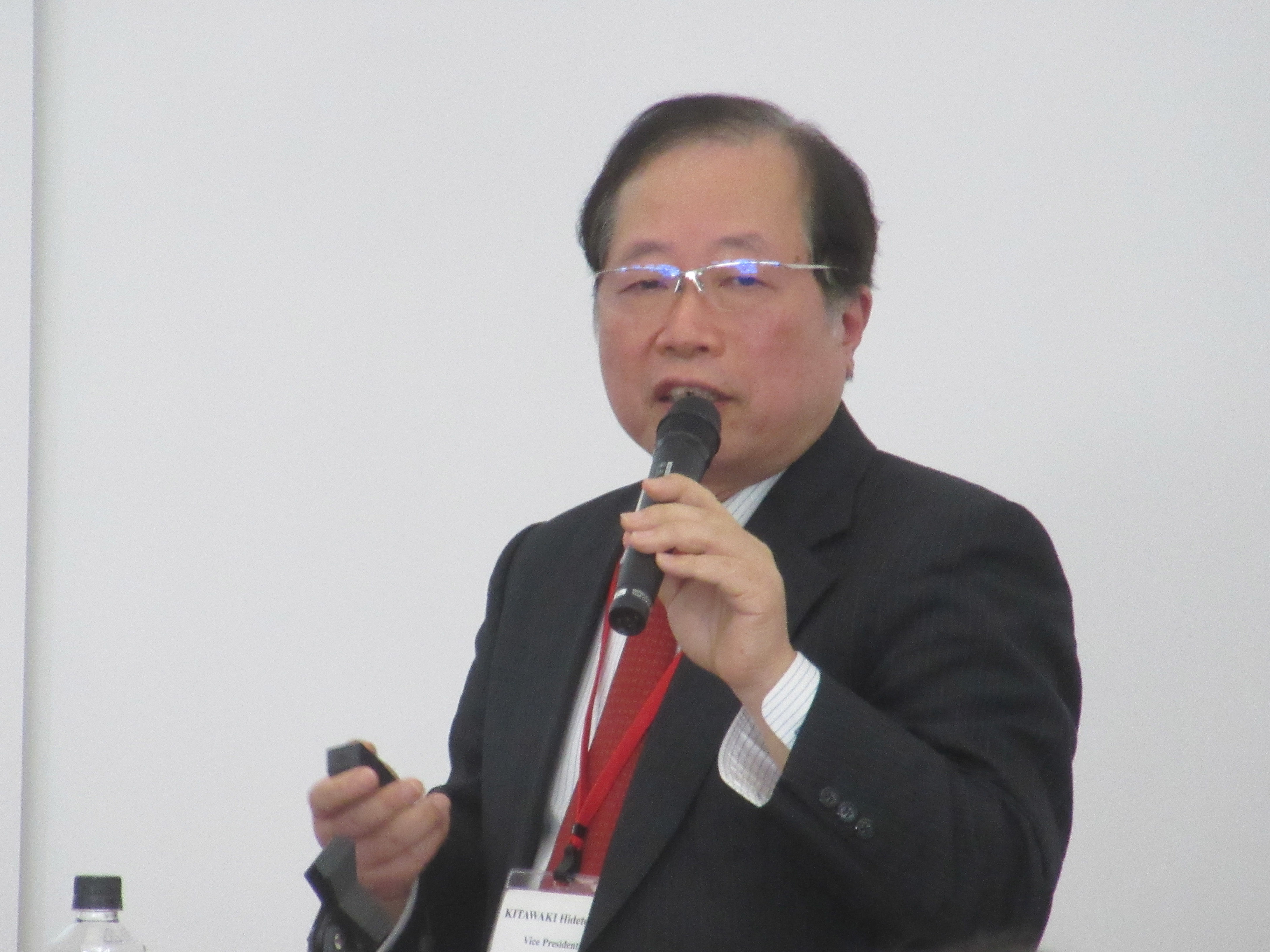 Next presentation was made by Ms. Tri Mumpuni (director of IBEKA "Inisiatif Bisnis dan Ekonomi Kerakyatan, People-centered Business and Economy Initiative"), who has been devoting herself to spreading small-scale hydropower and irrigation system powered by solar energy to improve rural areas of Indonesia. She presented on the theme of "Microhydro Power Generation for Community Based Social Business Development in Indonesia". She demonstrated the important factors IBEKA is trying to keep up to when doing a project, such as the empowerment of individuals. They believe that it is impossible to achieve SDGs without a systematic empowerment, and a project can only "succeed" when participatory approach is taken to develop abilities of the supported, so they can run the project on their own in time. 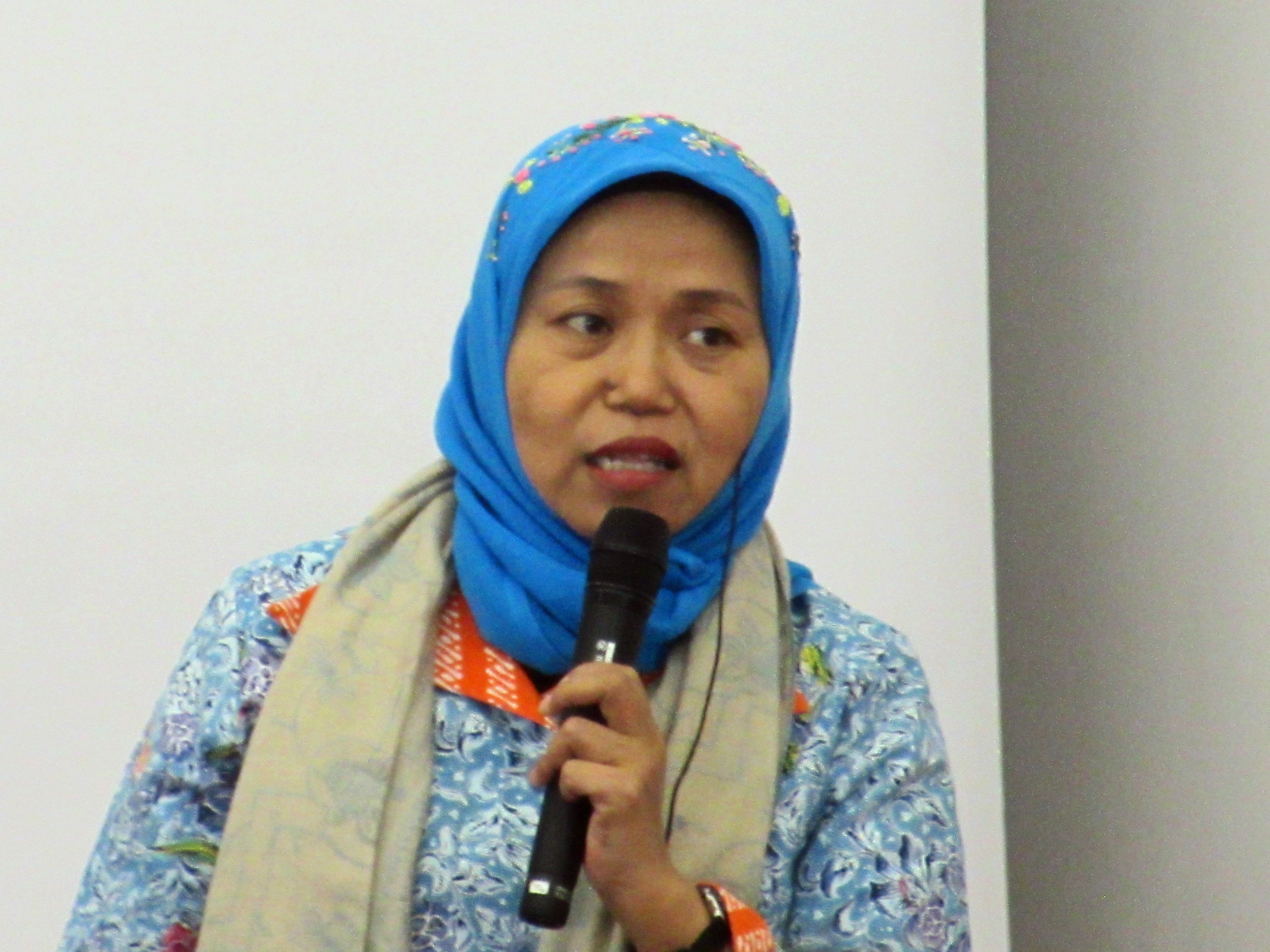 After a lunch break, the last lecture was given by Ms. Rebecca Malay who is an AVP and a director for Advocacy and Development Cooperation for PRRM（Philippine Rural Reconstruction Movement) that have been active in poverty alleviation and environmental protection from 1952 in Philippines. She gave an overview of the adaptation of SDGs, international organizations that are involved with SDGs, numerous problems that the world currently faces, how the world can be sustainable in this digital age. Then she raised a question about whether we should carry on with the same developing patterns of modern technology. She thinks that each goal of SDGs are interlinked thus need a comprehensive solution to achieve, and this is why she place her expectations on the framework. 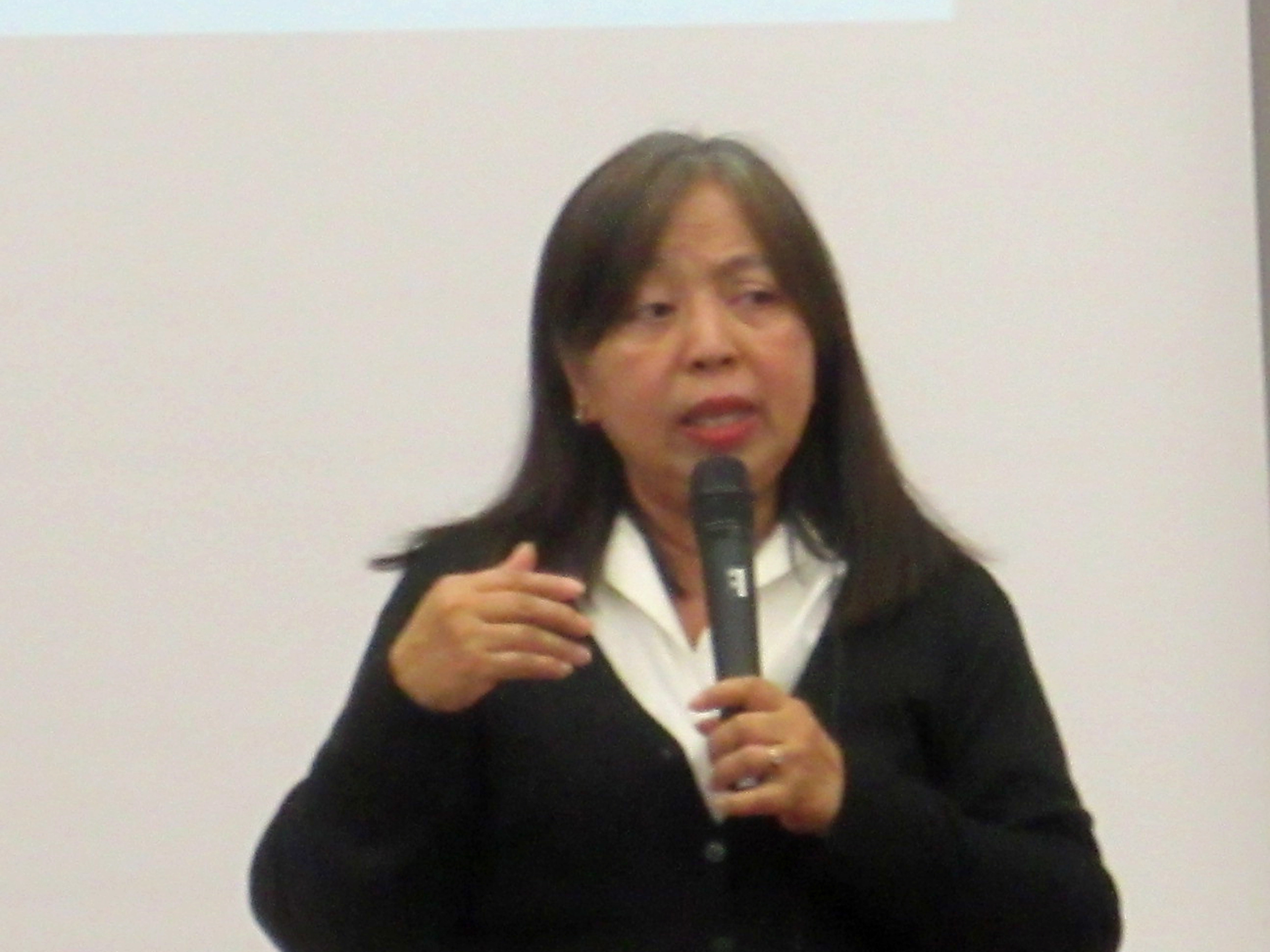 After all the lectures are given, we had a group discussion session in 5 groups corresponding to each categories of the framework: 2 "poverty and disparity" group; 2 "environment and resource" group; 1 "dehumanization" group; 1 English-speaking group. Each group had a facilitator, a lecturer and an interpreter other than participants (except for the English-speaking group). We facilitated the session using a new method this time, using sticky notes and papers that have a table with "Agree" "Mostly Agree" "Neither" "Mostly Disagree" "Disagree" boxes written. We asked the participants to write down their opinions on sticky notes, and stick them on the paper within appropriate box where their opinion belongs. We did this for each point of the framework and also particularly important aspects of each theme. 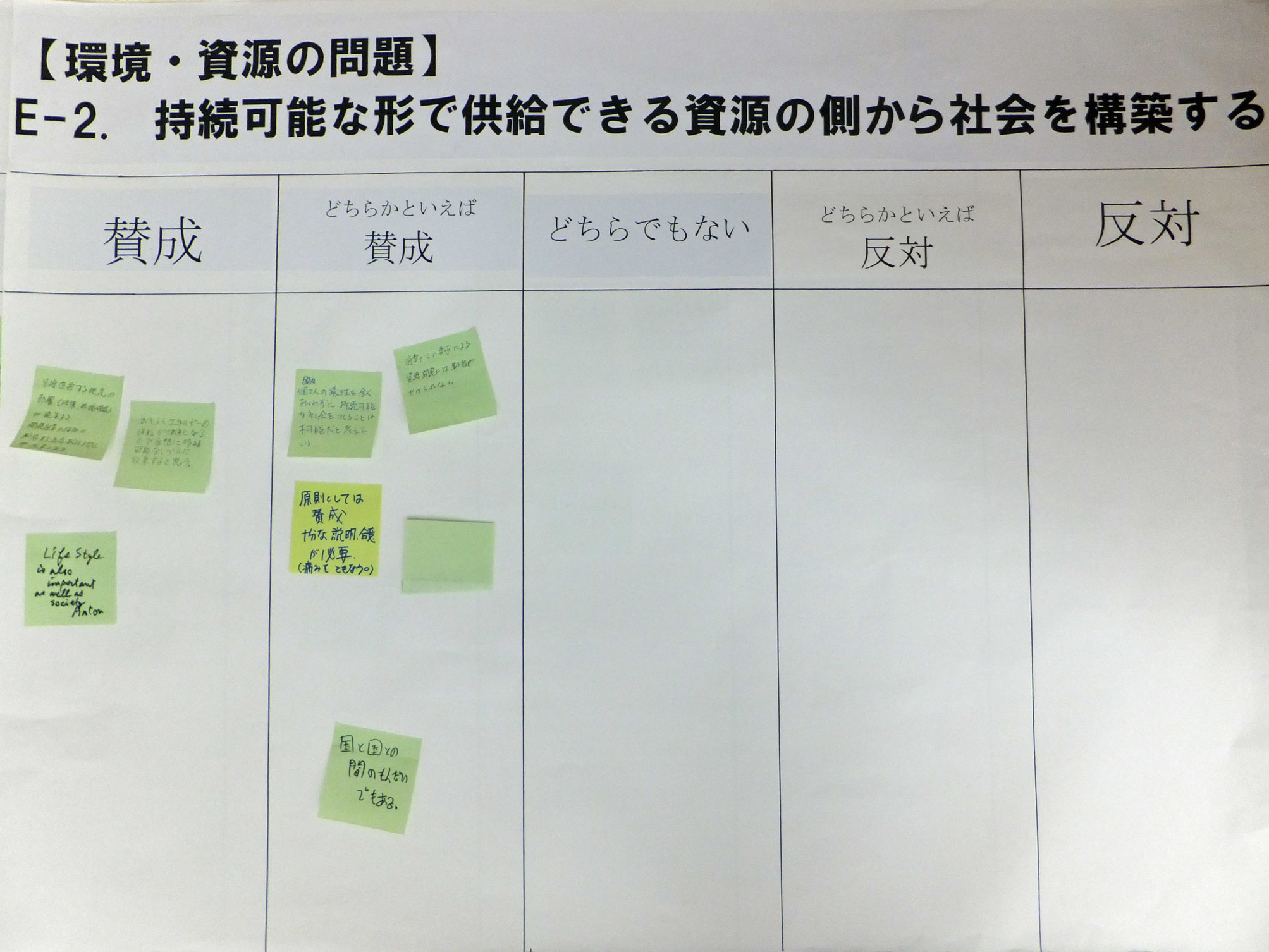 I (Minami Jenkinson) took a part as a facilitator of the English-speaking group, where most of the group members were university or university graduate students, which resulted in introducing a new perspective to the discussion that we did not have in other previous seminars. An opinion from a student especially stroke me, saying that "It is too late to aim for a sustainable future. The decision is already made (not to aim for such a future) long before we were born. What we have to focus now is to prepare for the worst scenario". In this group, it was also criticized that activities to promote SDGs at the moment is only done at national level, which leaves people who are at the centre of poverty or environmental problems, behind. This group concluded that any practice should focus on communications "at the same level" as people. All groups seemed to have exciting discussions until the time limit. 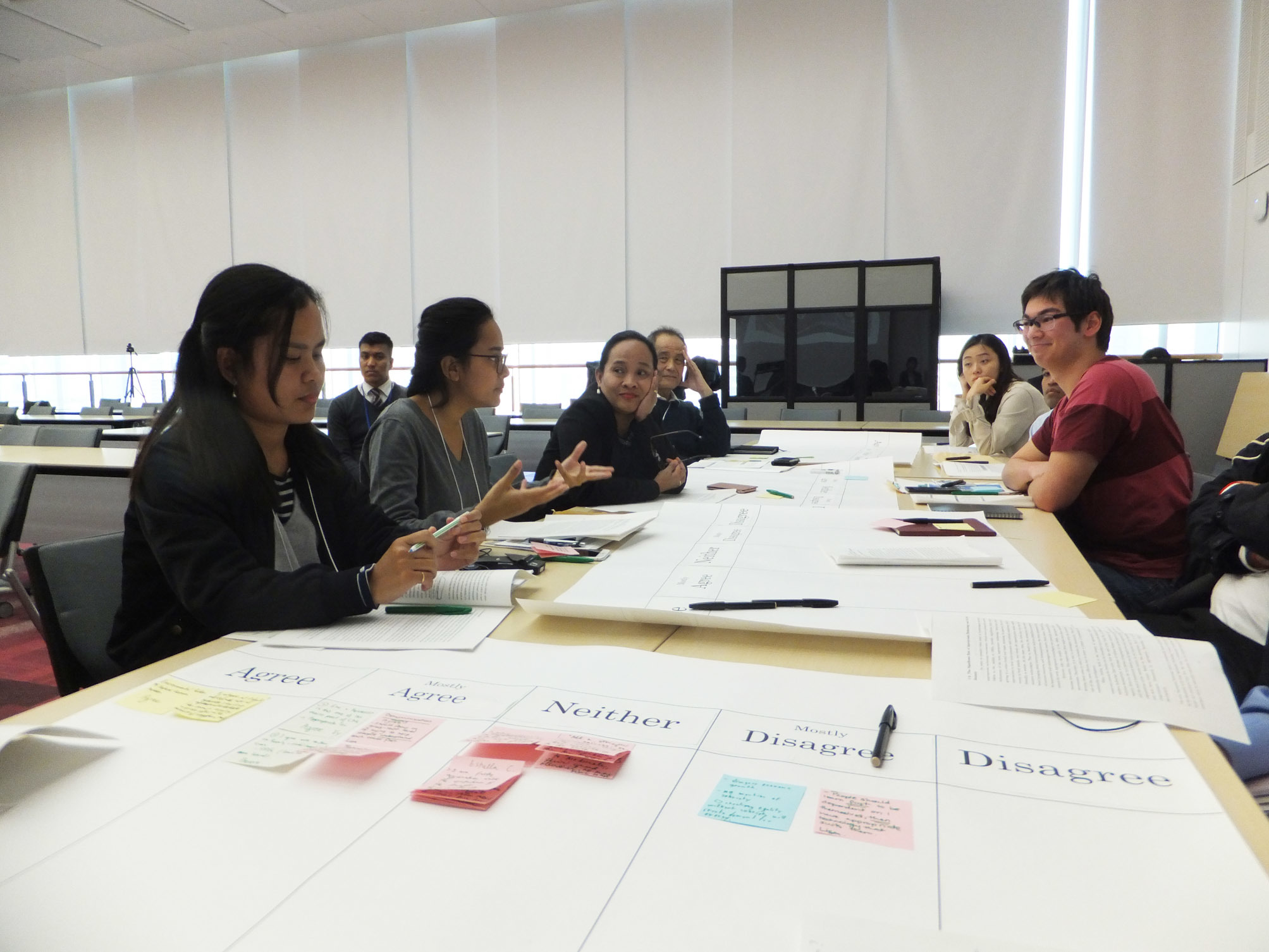 Lastly, in panel discussion session, we had professor Koyu Furusawa as a chair and lecturers as panelists to discuss about the framework. Firstly, facilitators of each group presented their group's opinion on the framework, and then panelists gave comments on the opinions or the framework itself. 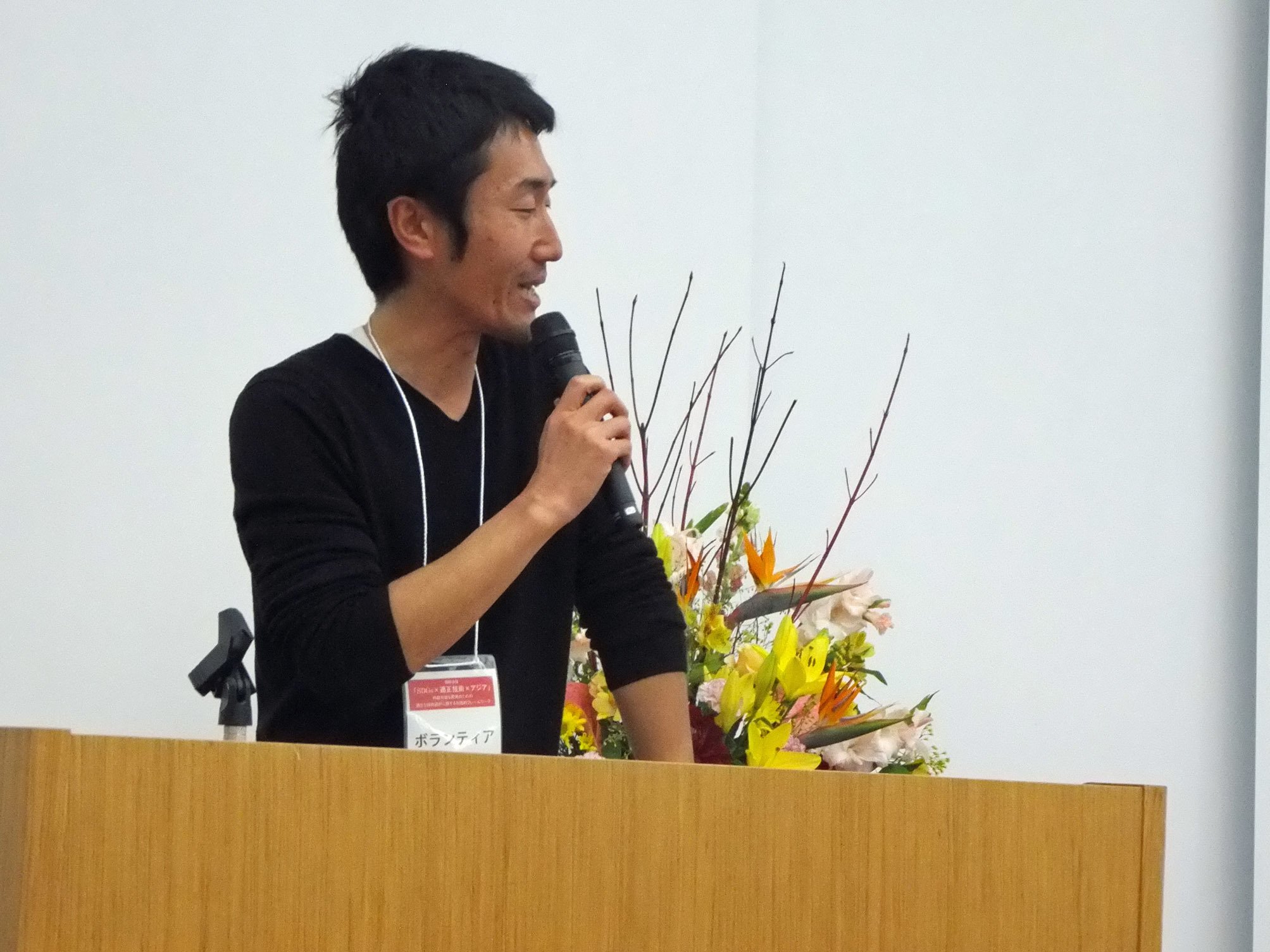 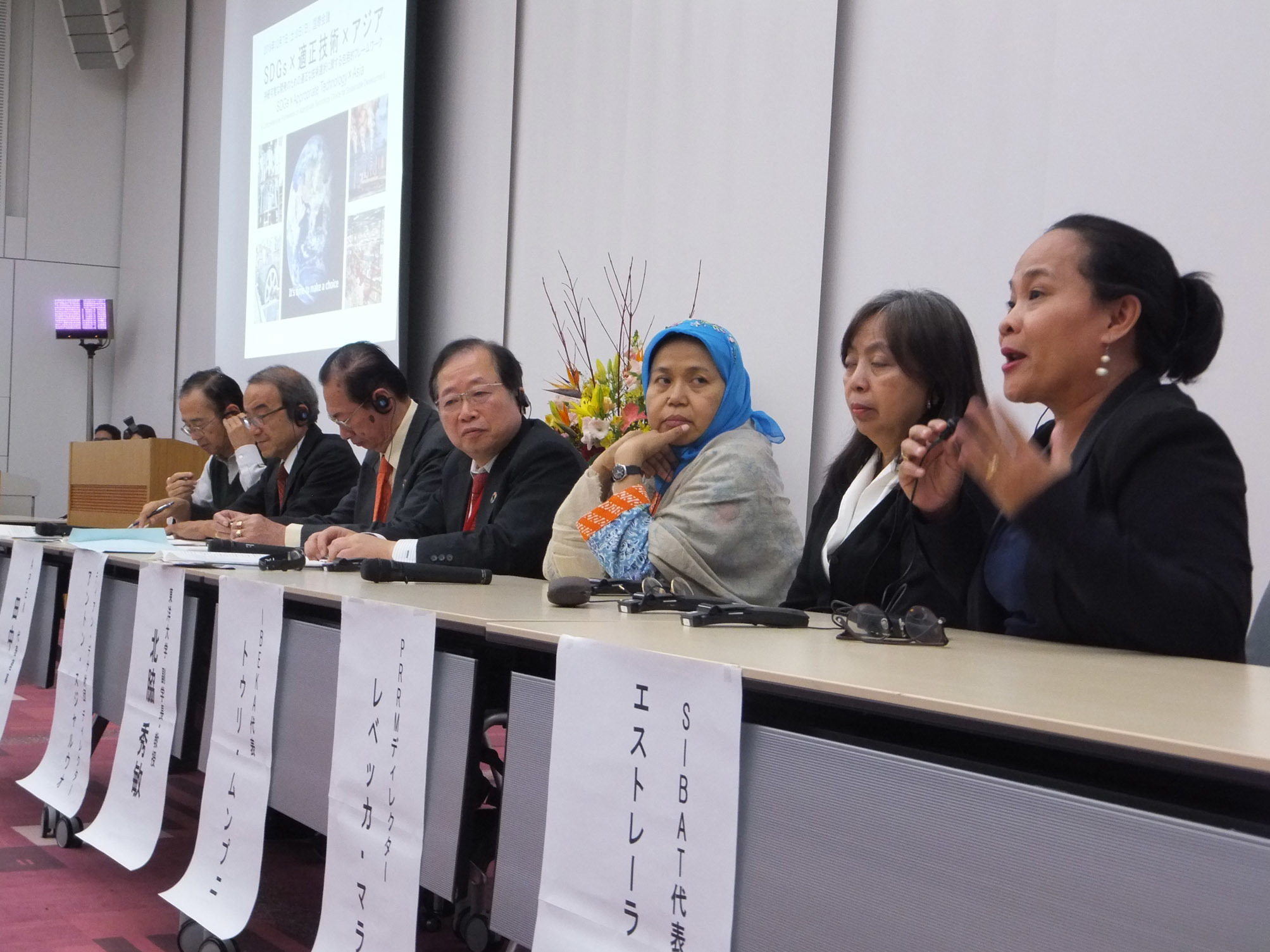 Even though the framework still needs a few modifications, the overall idea it suggests seemed to have gotten the participants' support, with all 6 organizations lecturers belong to and 23 individuals signing the endorsement form. 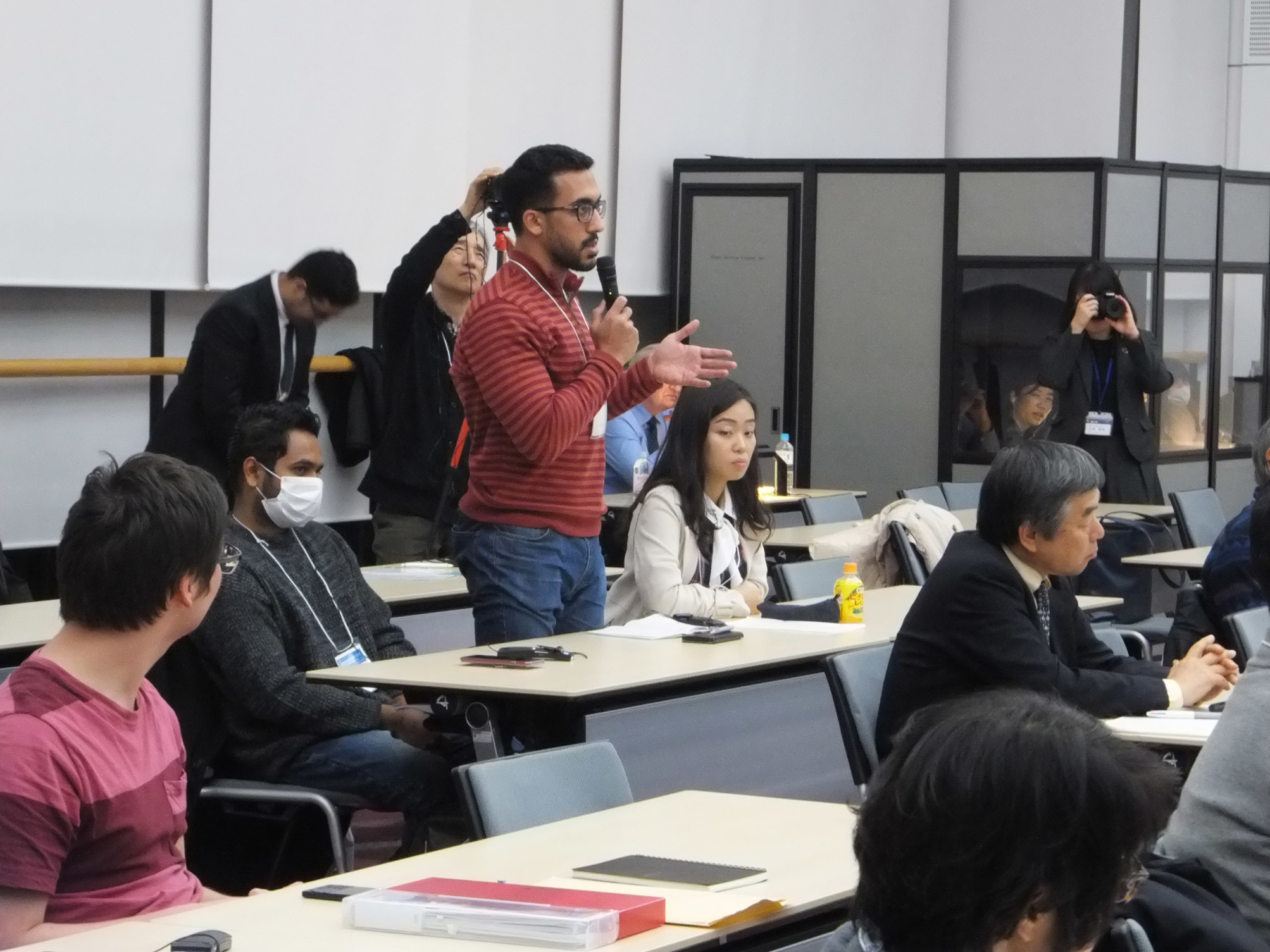 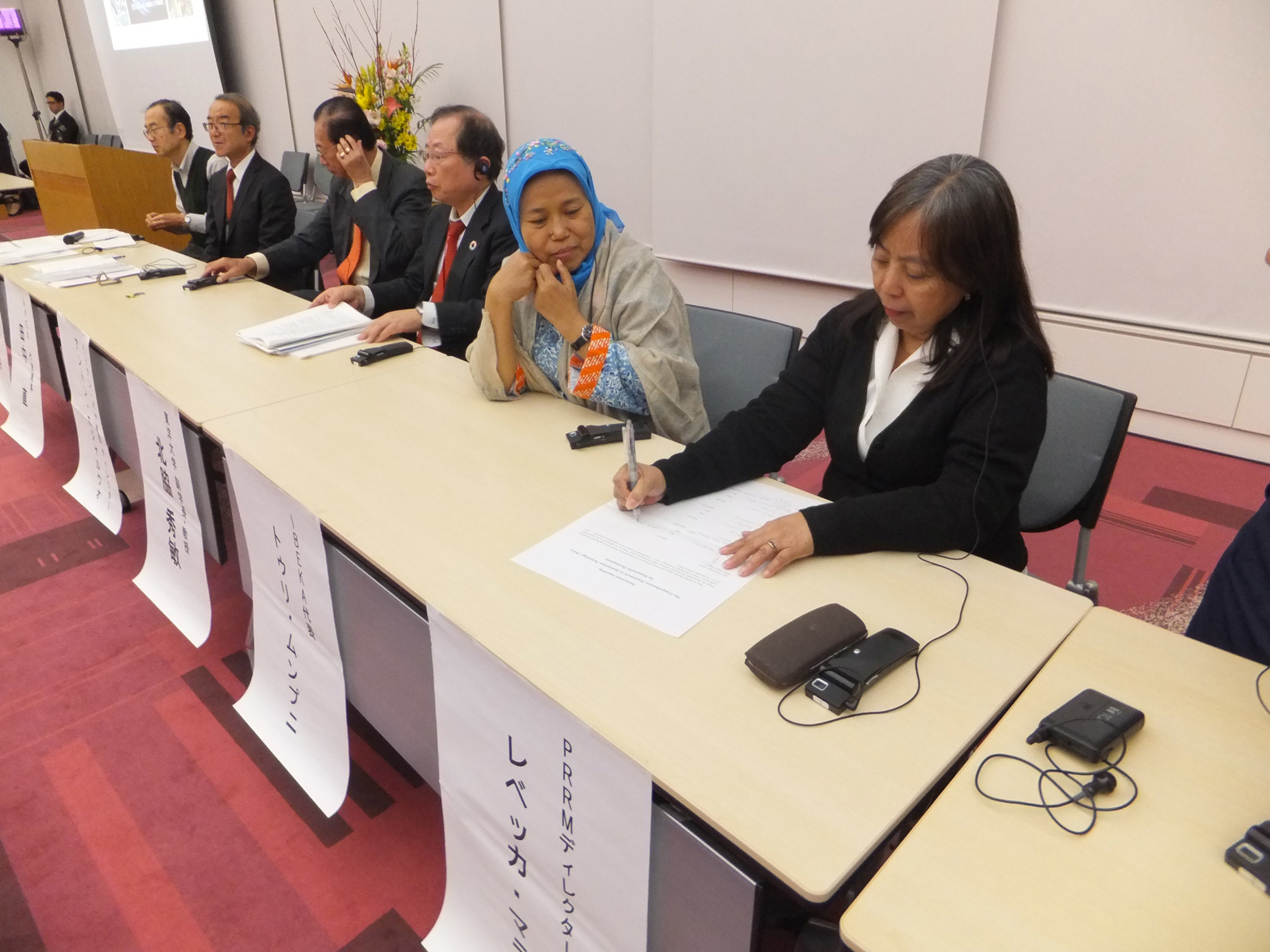 After the conference, we had an after party in "TRES DINING", a restaurant located at the venue. It was held in a congenial atmosphere while we hear impressions from participants and give Japanese souvenirs to speakers from overseas.
(Minami Jenkinson) 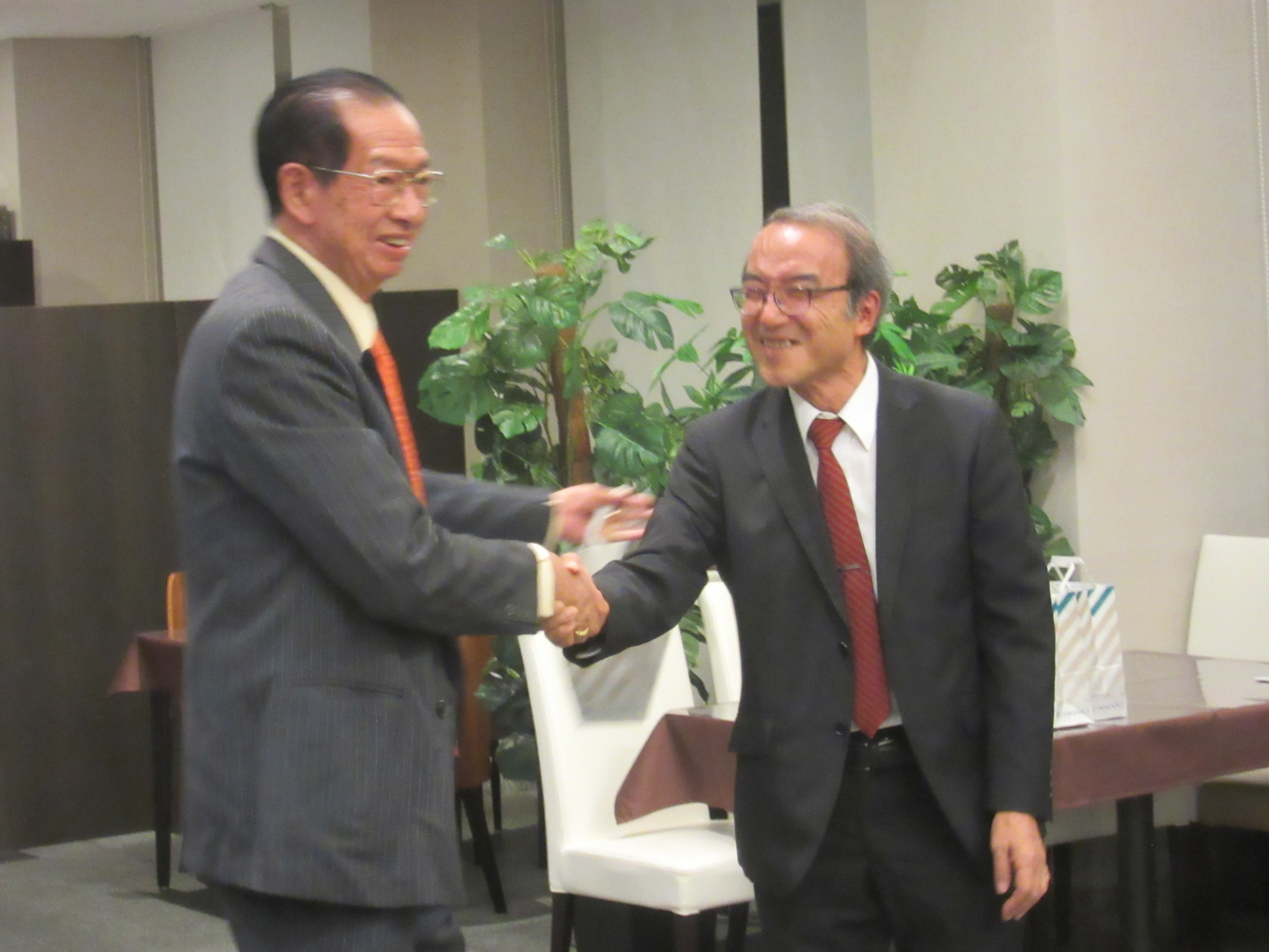 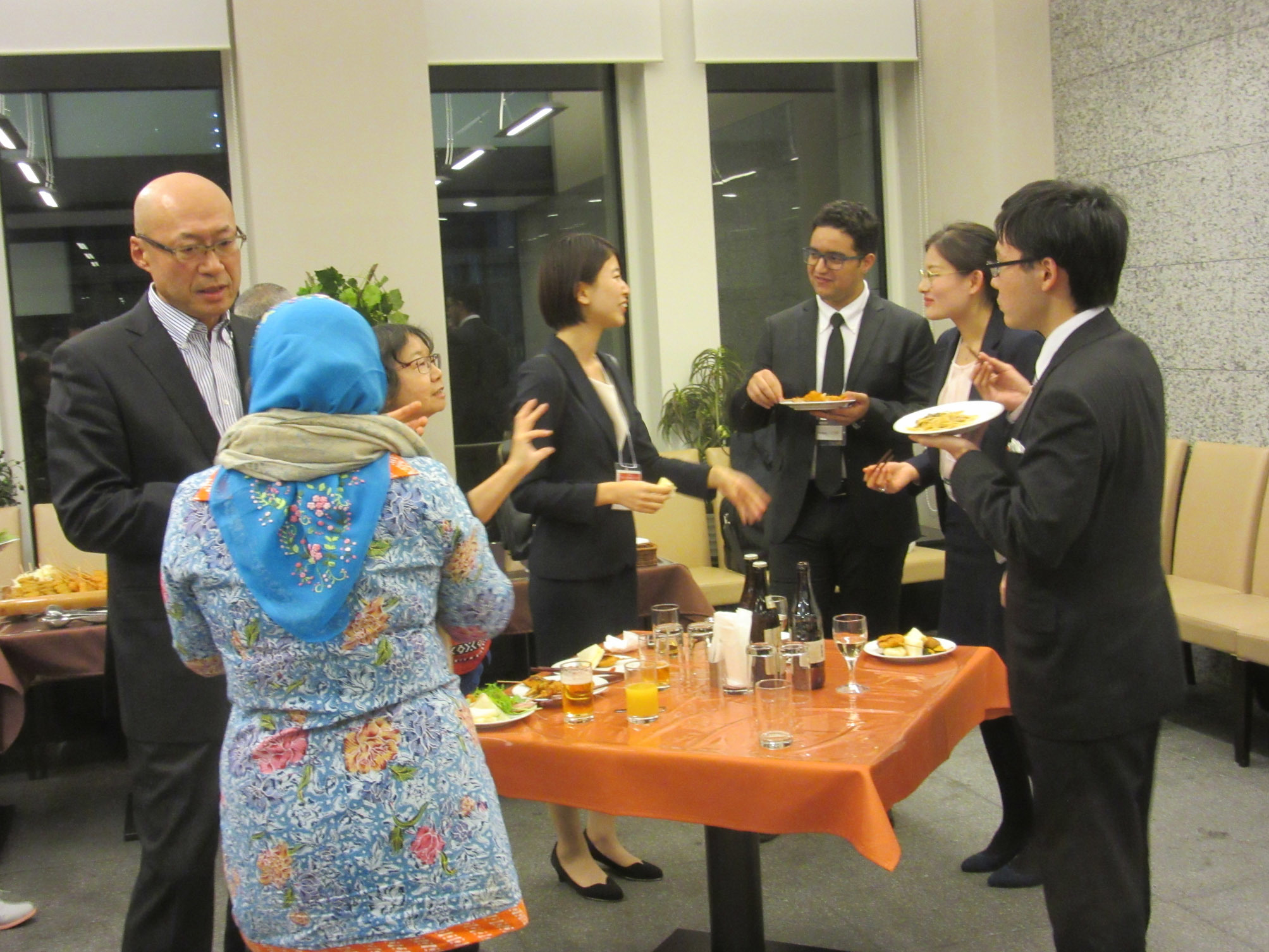